What is a climate model?

A climate model, more specifically a general circulation model (GCM), is a mathematical representation of ocean/atmosphere/land systems based on physical principles (e.g., conservation of momentum, mass, and heat). The physical princples are formulated as a set of equations and these equations are numerically solved on every 3-dimensional grid divided on the globe. Nowadays, modern climate models include biological and chemical processes in their physically-based model systems and transform into Earth system models (ESM). 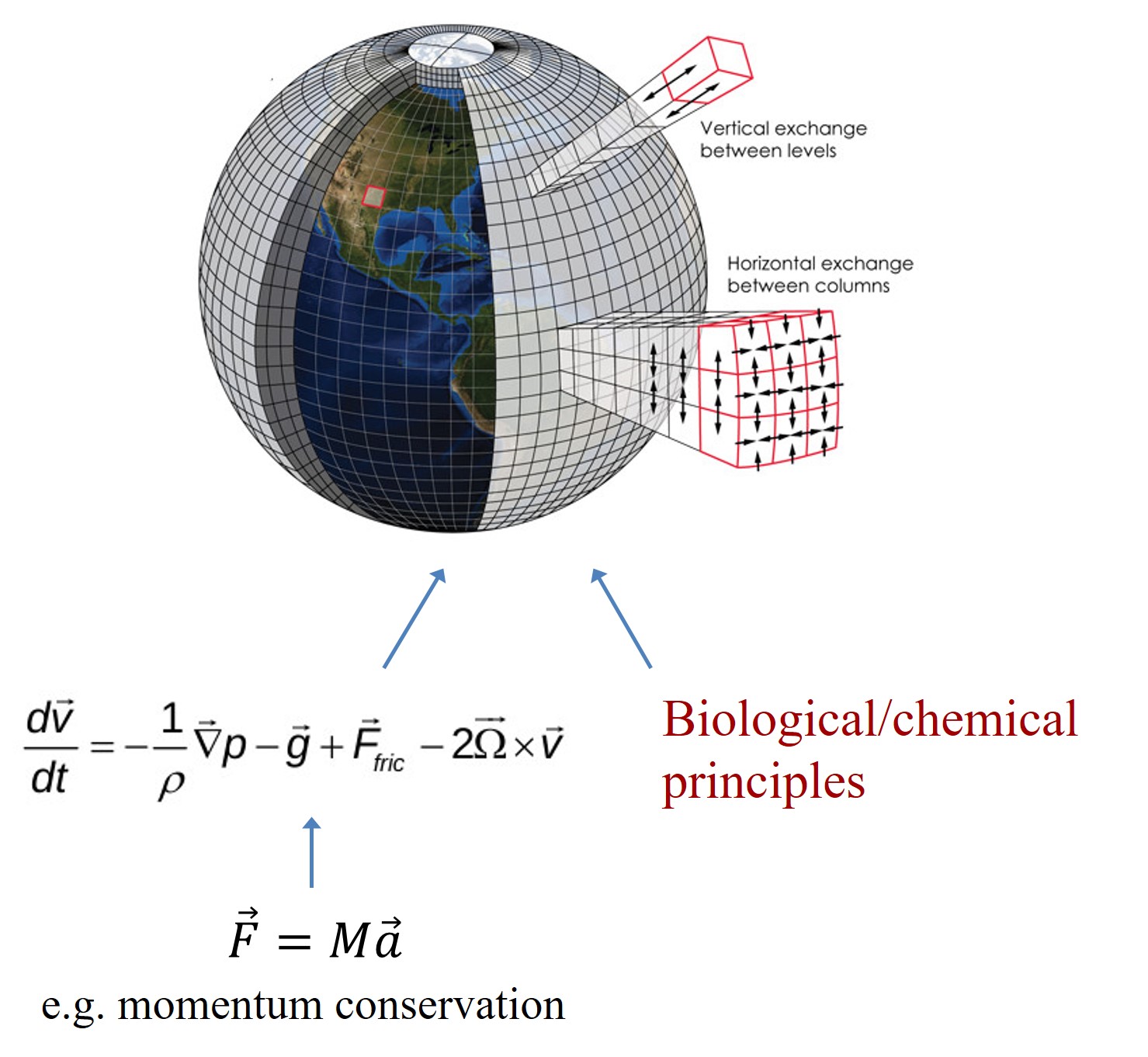 Why do we need a climate model?

The Earth is a complex system in which "nearly everything affects everything else". To understand this complex climate system, we need to understand its individual elements and interpret inter-relationships between them. However, our Earth exists as a whole and we cannot separate its individual component from others. Even if we can do so, the Earth is too big for us to control each component in the Earth system. Thus, understanding Earth climate system is not an easy task. But! we may approach to this goal by appropriately using the man-made Earth, climate model. In this numerial world, the Earth is manageable and we can manupulate it as we want. For example, in the climate modeling world, you can heat up the certain area of ocean, remove a mountain, or modify the shape of continents. You may feel like a god! (Be careful.. only in the modeling world..)

: Adding/subtracting sources of complexity to compare their overall impacts